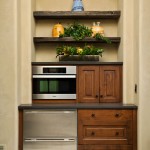 “Whether it’s a walk-in pantry with an extra sink and a wine refrigerator or just a cleverly designed cabinet space, a well-organized pantry can be a cook’s best friend.” Houzz.com featured one of Witt Construction’s award winning homes from the 2011 Saratoga Showcase of Homes in “80 Pretty and Practical Pantries.” With cabinets made of […]

Innovative, elegant, welcoming and functional. These are the words that describe a signature Witt home in the Old Stone Ridge neighborhood in Greenfield Center, spotlighted in prestigious Architect Magazine. Designed by President John Witt and kitchen designer Mary Alyce Evans of Designer’s Studio, the home was customized for empty-nesters who want convenience and casual living for two, with […]